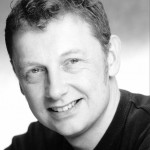 Charles Miller has many years' experience as a director and composer. His musicals include 'No-one in the World', which has played three seasons at the Cochrane Theatre, as well as a successful run off Broadway. His highly acclaimed 'When Midnight Strikes' has been nominated for Best Musical in the Off West End Awards