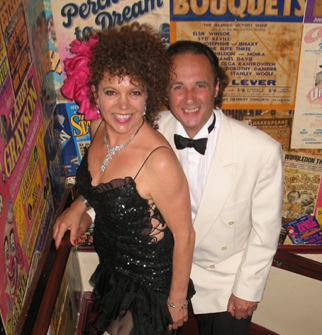 Paul is a musician and musical director who has played played regularly at The Players' for several years. He often appears alongside Carolyn Allen, with whom he also puts on shows under the name Opera Tottie.

Paul began his career playing for cabaret all over Europe and America. He has worked as musical director in the West End on Godspell, Stop the World I Want to Get Off, Oklahoma!, Rosencrantz and Guildenstern are Dead at the National Theatre, Paint Your Wagon, The Tempest and Gentlemen Prefer Blondes in Regents Park and Howard Goodall's musical Days of Hope.

Paul enjoyed three years as Danny La Rue’s MD on stage and television as well as MD for Ronnie Corbett and Anthony Newly.

His concert work has taken him all over the world playing and conducting for Pam Ayres, Sheila Steafel, Janie Dee and the late great Dame Hilda Bracket.