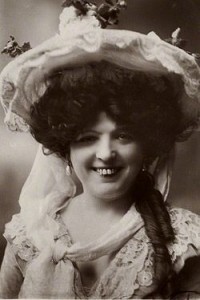 Marie Lloyd was an English music hall singer, comedienne and musical theatre actress during the late 19th and early 20th centuries. She was best known for her performances of songs such as "The Boy I Love is Up in the Gallery", "My Old Man (Said Follow the Van)" and "Oh Mr Porter What Shall I Do". She received both criticism and praise for her use of innuendo and double entendre during her performances, and enjoyed a long and prosperous career, during which she was affectionately called the "Queen of the Music Hall".