Over the decades between the foundation of The Players' Theatre in 1936 and its closure in 2002, a unique formula developed, giving each show a familiar and much-loved structure whilst maintaining freshness and variety with each new artist and routine.

Once the dust had settled following the events of 2002, performances recommenced - fewer and smaller than the original theatrical shows, but still recognisably following the much-loved formula of old.

Find out about our current shows

Normally a show consisted of six or seven artistes, possibly plus a group of young dancers.The “mighty Players’ orchestra” was always represented by one pianist. All the Players’ performers were ‘artistes’; all the ladies were Miss; all the gentlemen were Mister.

Before each show it was usual to stock up with a drink of varying specific gravity from the bar at the back of the auditorium.

If of unsure memory (or new to the game), a Song Sheet was a wise investment as it contained the words of all (or most) of the choruses sung that night.

Singing was very much a pillar of the show. Even the Overture included a number of choruses to help the more eager to warm up their vocal chords.

The Chairman was heralded by appropriate chords, and after a few pleasantries, he would set the audience to work, always beginning with Number One on the Song Sheet: "Covent Garden in the morning", (where, of course, the Players’ began, nearly 80 years ago). Having passed contemptuous judgement on the quality of the singing, he required the audience to redeem themselves by singing “Oh, the Fairies” a paean to the Ladies of the Night. This is always referred to as “The Players’ Theatre Anthem”. 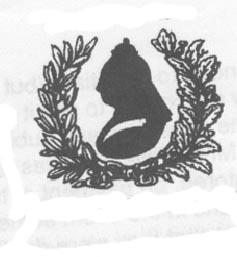 After a repeat chorus we are then reminded of our patriotic duty and rise to drink a loyal toast – “To her Great and Glorious Majesty, Queen Victoria, God Bless her”, which serves to remind us that we have been transported back to 1899. As the shock that this unexpected (for the non-cognoscenti) event has created, subsides, the Chairman bangs his gavel, consults his running list and announces “The first Artiste of the evening”. This may be one of the firmest and long-established favourites – or a quaking newcomer so anxious to do well that they barely notice the Chairman’s genial request for “The customary Players’ warmth of welcome for the newest newcomer to the Joys” (the shows being called the “Players’ Late Joys” for historical reasons). Whichever it is, they have their four minutes and retire until the second half – rather anxiously consulting the other artistes in terms of “how did it go?” for the debutant(e).

So the first part unfolds, each artiste introduced in turn. Singers always make two appearances, but speciality acts – Magicians, Jugglers, or even more esoteric performers – are usually seen just once in the evening.

The interval follows, and Part two follows with the reappearance of the Chairman who, in true club tradition, enquires if there are any celebrations – birthdays, anniversaries or other red letter days. These will be musically celebrated by us all. Then, to demonstrate our tolerance of non-Britons, visitors from abroad are generously welcomed.

The traditional Players’ raffle, with its traditionally suspect prizes, is drawn and then a bang on the gavel means we’re off again, with the usual blend of beauty and beastliness, comedy and tragedy, courting bliss and married hell.

As the last artiste withdraws, there is time for one last ritual: the entire cast returns to lead us in “Dear Old Pals”, a chorus that has concluded every Players’ show since 1936.